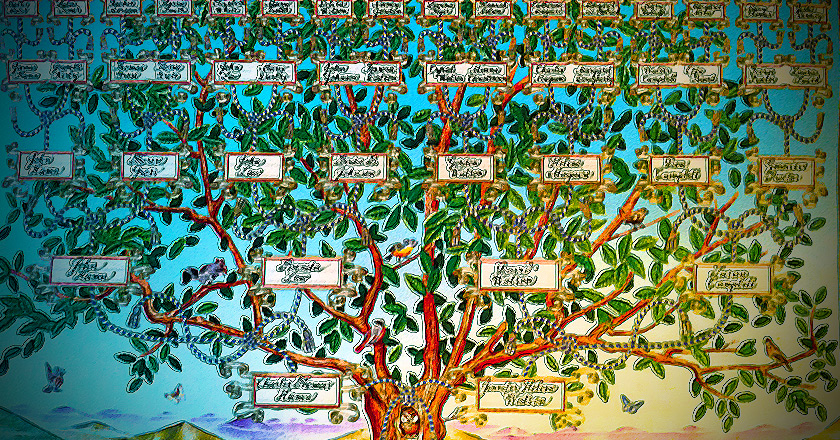 There has been some interesting discussion in Genea-land lately about who to include in family trees. Certainly for those with UK or European ancestry, it won’t be uncommon to find ancestors who lived with or were raised by someone other than their parents. In all likelihood there was no formal adoption. They child may or may not have assumed the surname of the family that raised them. But that child is considered as much a member of the family as any biological child would be.

Family tree software allows us to acknowledge a child’s status as a “step” child, “adopted” child, “foster” child or “family member”. But what of children who were raised as part of the family but had no blood connection, legal status or connection through marriage? Do you acknowledge children under “other”? Or do you not include them?

I have a large maternal family. My grandfather fathered – and raised – 21 children. All but one survived to adulthood. We often had “other bairns” in the household. Sometimes for a short time, sometimes for a long time. Regardless, they remained connected to us and were considered “kin”. In my family, anyone who was raised as a Crawford or who was “claimed” as a Crawford is a Crawford. Therefore, they are included in our Crawford family tree, our Crawford newsletter and anything else we share as Crawfords.

In my paternal line, the family wasn’t quite that large, but a number of my uncles and aunts raised children that had no connection to them whatsoever. These children are considered siblings to my cousins, aunts or uncles to the children of my cousins. While they have that emotional status, they don’t seem to be included in the tree.

How do YOU handle children who were raised by your ancestors but were not “theirs” by marriage, blood or adoption?