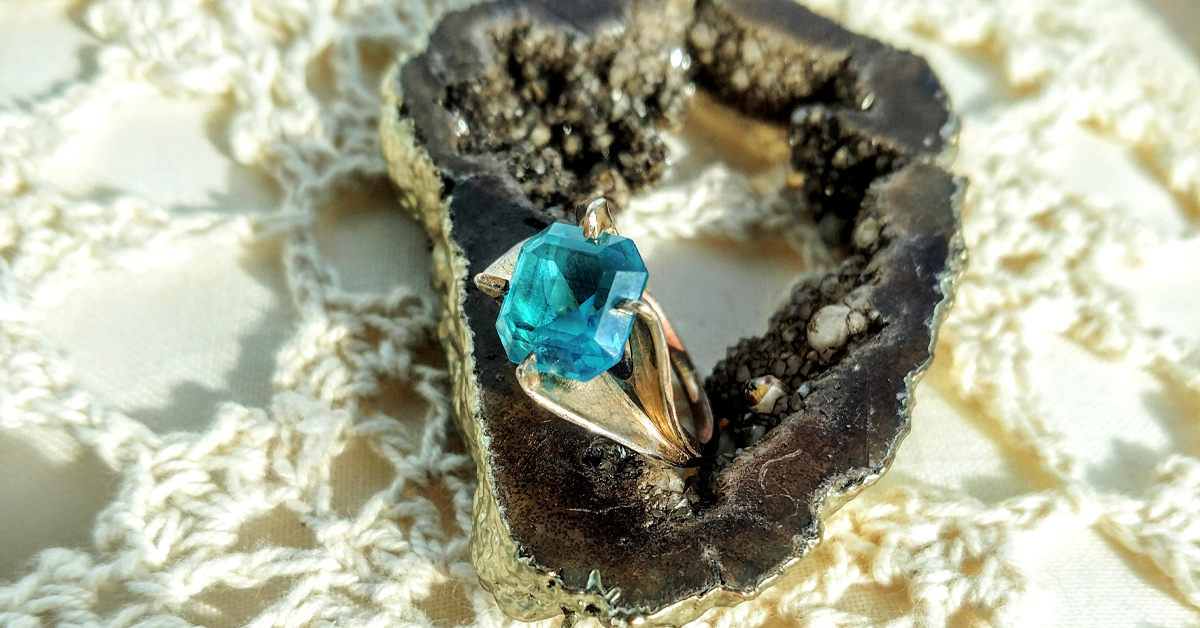 Little did I know, the ring I received that year would have such an impact on my life and my genealogy trail.

I was young, and my first child was about to be a year old. I was taking her to see her great grandmother some four hundred miles away. They had not meet yet, I didn’t even get to go see her very often myself. That visit had a tremendous story hidden in it that would reveal itself later in my life as I studied my family tree.

This was my grandmother’s first great grandchild on my fathers side, my grandmother was so proud! My grandmother disappeared to her bedroom for a while and came back with a beautiful gold ring with a teal blue-green stone in it. I have now found the stone to be Tourmaline, a birth stone for October.

She told me there was a long story that went along with it, but all I needed to know was that it was from the love of her life! That it was important and it needed to stay in my dad’s side of the family. I didn’t think much of what she had said, especially at the time. My grandmother and grandfather had been divorced for as long as I could remember. So I just assumed maybe “the love of her life” was my grandfather.

We will fast forward now some thirty six or so years and this is where it gets good!

I had been working on our family tree for years, right along with my mother and grandmother on my mom’s side. So we had a long tree, and a great number of names and dates. Somehow I believed there had to be more.

I would set up at night reading old newspapers, searching names on the tree just to see if I could find anything. This is one way where you can put your families stories together. I would have never dreamed you could learn so much about your family from old newspaper.

Back then they printed stories about who came to town to visit or went on a trip to see other family members. You can find wedding information as well as hospital stays. I have also found where some family members had a small business such as a bakery. There were also newspaper articles about someone running for a city office, or buying a piece of land.

So while digging through that research, don’t forget to do some reading. It will not be as easy to find as a name and date for your tree. You will have to go through and read many newspapers. Be sure to read them all as newspapers would pick up stories from other cities and small towns, especially those of great interest.

One thing is for sure, it can be very interesting reading about all the crazy things that happened in the past, even if it’s not about your own family or someone in your tree.

That year I focused more on my father’s side of the tree as I had not worked on that branch very much. While searching for my grandfathers name in the newspapers it brought up a bucket full of surprises! 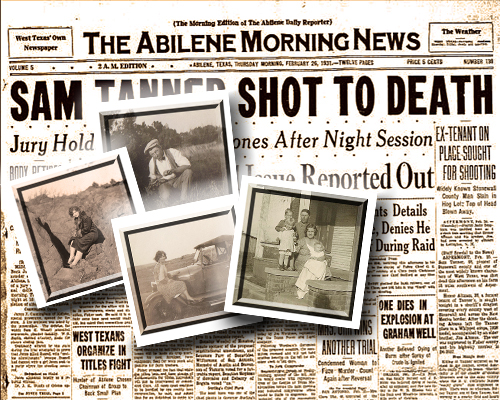 MURDER made for some really big headlines in several newspapers back then, especially when it is a small community! There were newspaper articles for several years across several counties.There were quotes from court records and of course all the proof that was used as evidence.

I was so shocked, it was all about my grandfather! One piece of evidence was an admittance by my grandmother that she had an affair with the man that my grandfather killed!

Did I just read that correctly? Our family never knew any of this, it was all news. I’m not sure my father ever knew any of this, and for sure not the whole story. At some point there would be bits and pieces and small remarks here and there that I could use to put some of this together. But somehow some of it was starting to fall into place.

Did my grandmother fall in love with someone else because my grandfather was gone all the time? Did she fall in love with this man because she was young and needed an older father figure, that was several years her senior, for companionship.

Or did she fall for him because he could give her the things she had been dreaming of? Things like the ring perhaps?

Or maybe it was just comfort when she was alone. Maybe it was money that was desperately needed or other items that were discussed during the trial?

Did my grandfather really kill this man just because of the affair? Or could it have been because he believed the baby that was born belonged to the other man? That baby was my father. Is it possible that the other man could be my biological grandfather? There were mentions of things that lead me to believe that any or all of this questions could be true.

I may never know all the answers, but I still have this beautiful ring!