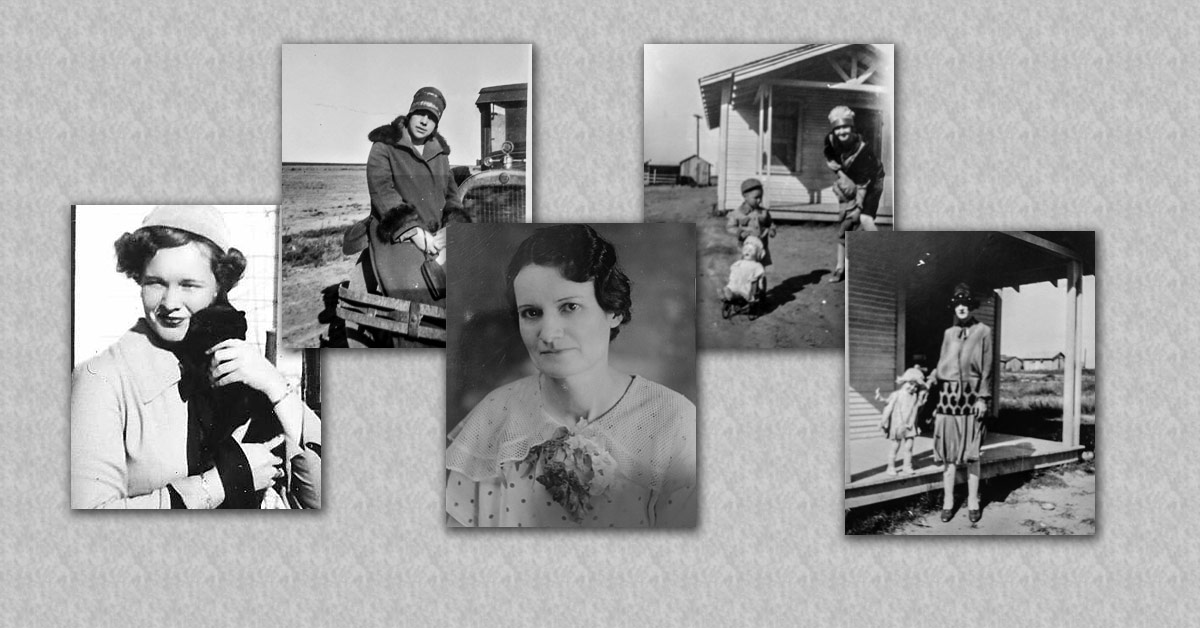 This One is For My Mother!

What can I not say about this beautiful lady? This one is my mother, she was the most loving and caring person I knew. No matter what, you did not show anger, you did not say a bad word! Things were never about her, others always came first. I don’t think I ever say her put herself first until very late in her life. And at that time, and it was the only one time I ever saw her have any anger about a situation.

I owe her a lot, she is the reason I love genealogy. She worked hard to see her children have the things they wanted and needed to be successful. She always wanted the best for us.

Mothers Day Should be Everyday!

I did not get this one out in time for Mothers Day but I think we should honor our mothers ever day we have a chance. Once they are gone you will wish you had done something, or said something that you never took the time to do.

So, don’t forget to take some time just to share it with your mother once in a while. We as their children no matter what our age seem to think we have all the time in the world. We always think they are going to be around for a long, long time. But that is not always the case!

Spend time, and talk about the family. Talk about her and listen to her stories! Because you will wish you had somewhere down the road.

On that note, I hope everyone that is working on their family tree can find photos of all their family members and build a beautiful tree. Because all of those people all wanted the exact same thing. To build a better life for their children than they had. Maybe by building that tree we can show our children the importance of knowing all about our family and what it took to get where we are today!

Upshaw – Lola Dee Upshaw from one of the recovered albums


Look at the old car. On the back of the photo it has a stamp where the film was developed by Waffle Studio in Lamesa, Texas.

If you look close at the car it also says Lamesa right above the tag numbers. On the back is written Mona Hindley 1927. I love the fur on the coat and the hat. My grandmother had a coat that looked just like this.


This one has Lucille and Frances Marks on the back. It also has Kenneth Manuel Littlefield, Texas 1926 or 27 on the back.

This one was with the photo  above and has Meredith Marks on the back. Along with Hazel (Anderson maybe) the last name is hard to figure out. But I love that it is dated 1919 and her boots are awesome.

I found a Meredith J. Marks living in Lamesa in the 1930s. Wouldn’t you love for things to be cheaper today. The value of the house they lived in was twenty five dollars. It is crazy the things you can learn off of a census record.

That also seems to be the average for the houses in the entire area. Things have changed so much. If you talked to your children about the price of things back then they would find it so hard to believe!

In the 1930s Meredith and Lucille B. Marks were living together and according to the census they had a daughter named Hilda Frances Marks. Meredith was born in Oklahoma about 1903, and is a man. I was thinking it was a female. So I guess he and Lucille are married so I will still leave this here for Lucille being the mother of Hilda. It seems a little harder to find them anywhere after that so I’m wondering it they moved.

This one has Littlefield, Texas 1926 or 27 on the back and it is the same as above. Lucille and Frances.

This one has no writing at all. But is from the Upshaw Album.

This is from one of the rescued photo albums and was found at one of the antique stores around Lubbock, Texas. I believe the photo book belonged to Lola Dee Upshaw.

So I think these two go together, the girl on the left looks the same in both pictures. All I have on the back is “love Edna and Daddy to Evelyn” on the one with the dog in it and what you see on the front of the other one. No last names but there is always a lot of information in the photos. Stay with me for a tips section about the photo with the car coming soon. 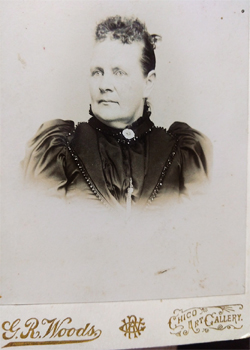 This is another cabinet card photo and I wish I had more to go on for this one.

I found Chico Art Gallery in Chico, California so it helps me find the right person in the photo. 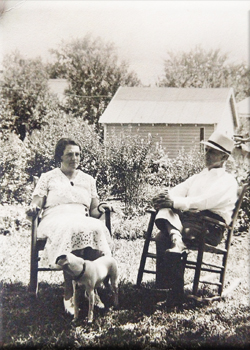 This is Lyman  Williamson and Beatrice P. Williamson. Are they not cute outside in the old rocking chairs. On the back of the photo is also says that “Spot” is the name of the dog.

We must not forget the pets. That is a good thing to always put on the photos. I know I’m glad I have photos of my grandfathers dog and that I know his name and can add that to the family history.

I found one quick census record but it made me think they were brother and sister. So this one might be a little tricky to figure out unless you already know part of the family history.

This is a post card photo of Leslie Brown and Lillie Sherman. It also states on the back that these two are Grandma Georgie Hamby’s brother and sister.

Searching for a Leslie Brown will be a little troublesome, because there will be so many men with the same name. But if you can find a census record with all three names as brother and sisters, then the odds would be pretty good that you have found the correct family.

If you already have everything else in your tree, maybe you just need this one last photo to complete a family tree. Or at least add a very good an awesome piece to it!

I found a Katie V. Merchant in New York and I will go with her because this is where the photo was taken. This is a Veeder cabinet photo that was located at 32 No. Pearl Street in Albany, New York.

I found two ladies with the same name. There was another one in Florida and it could be that she moved, but I will stick to the facts in New York.

It looks like Miss Katie Merchant worked as a music and piano teacher from 1881 through 1888.

I also found a newspaper article that states she won a verdict of $10,000 in damages for breach of promise to marry, against a Charles F. Newton. The article states that “both are Albanians of the upper crust.” Now I’m not sure, but I’m going to say that this means they were both well off and very well known in the upper society of things. There is a link to the newspaper at the end of the story.