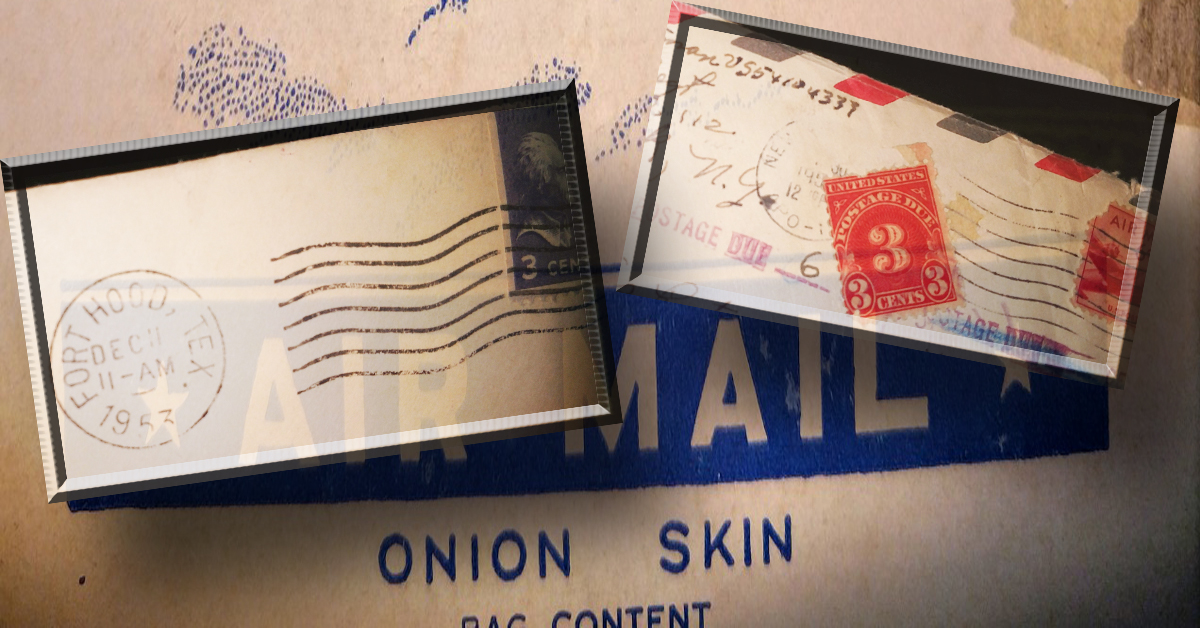 Learning More About My Mother from Army Letters

I have learned so much about my mother in these letters. They cover five years and I know where she was most of the time, who and where she visited and when. After about ten letters I started taking sticky notes and writing brief items about what was in each letter so that I could use that information in my tree.  Using sticky notes in front of each plastic cover, help me remember the content so I don’t have to reread the entire letter to find what I need.

It is great knowing where my mother was right before Christmas that year in 1953.  She was visiting an aunt and uncle in Strawn, Texas. This information has helped me remember a story that my mother told about how my father and a friend had taken the bus as far as they could and then walked the rest of the way to see her when he had a furlough or day off. 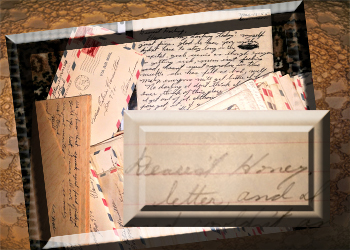 There was mention of my father putting my mothers name on his jeep, so now I will be going back and looking at pictures that I have found and looking closer to see if it’s there. I have seen several pictures of the jeep and his friends so maybe I can make it out now that I know to look for it. Also other little cool tidbits like when he made PFC he got a whole sixteen dollar raise in his pay.

He talked about going and seeing a great aunt and uncle during the day, which means they must have lived close to Fort Hood.  He mentioned his mother coming there to see him there.  Several other facts were discovered such my aunt being sick with gall bladder problems. All of these items will be good information to add to the tree. Going back and adding dates allow me to produce a timeline of their lives.

Now to Hunt the Aunts and Uncle

I will be tagging this letter so I can go back and try to figure out who he was visiting close to Fort Hood.   My goal is to figure out which aunt was sick and where she lived. The first place I will start is in the tree to see if my existing research can help.  Then I will go through the newspapers because the hospital stays are usually listed in the paper.  It would have been nice if he would had given a name when he was talking about them but the research will be fun and always leads to more information.

This part is going to take awhile as there is a lot of much information inside these letters.  There is even some really funny parts like my father sitting on the toilet late at night writing letters because that was the only light he could find.  Maybe that is why he had to keep pulling guard duty? Staying up late and writing letters when he was supposed to be sleeping.  Join me back here for part three.