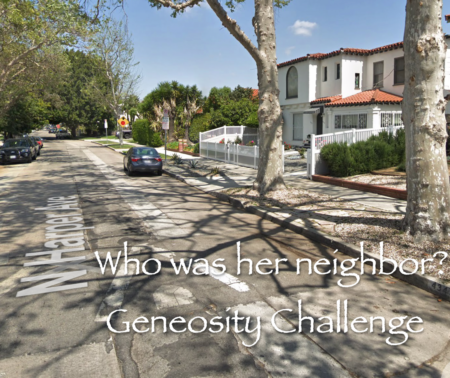 On this quiet street in southern California during the early 1930’s lived the Sugarman family.   The family relocated here from Nebraska and had three children.  The youngest was a girl named Etta.  There was just enough age difference between Etta and her brother Sherman that at times we assume, that Etta sought out other children in her neighborhood to play with that were closer to her own age.

About five doors down the street there lived another little girl just a few months younger than Etta.  This girl’s family had come to California from the Midwest also.  Their fathers had somewhat similar first names too.  Did they meet?  Did they play together?  It’s hard to know, but this famous actress is still alive and well.  Maybe someone could ask her if she knew Etta Sugarman.

Who was the now-very-famous neighbor down the street?  Can you figure it out?