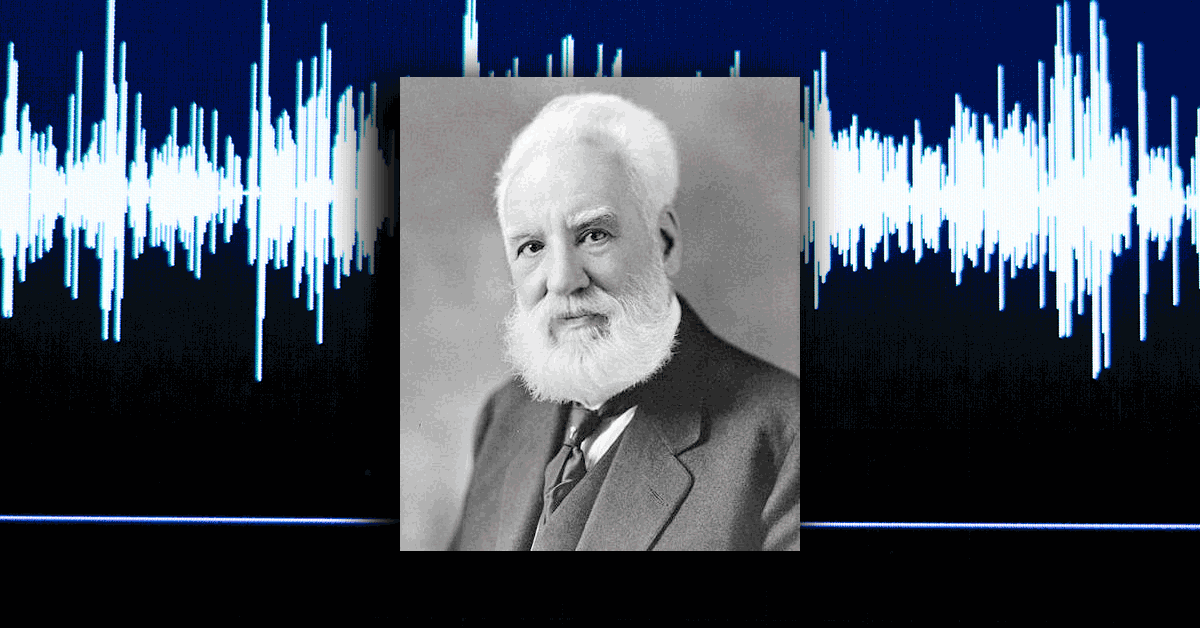 How long might a recording of your voice survive?  Photographs from 1885 are relatively easy to find online, but a recorded voice is something extraordinary.  If you haven’t seen the article from several years ago you might find this to be fascinating (or eerie depending on your perception).

In April 1885, Alexander Graham Bell experimented with producing a recording.  The media resembles what you might mistake for a large, tattered CD but functioned like a record. The disc was fashioned from a round piece of cardboard with an impressionable layer of wax.

This article appeared in Smithsonian Magazine in 2013 and you can read more about it here.

The most fascinating of these recordings that I’ve found can be heard on this page.  Here, Bell recites a long string of numbers and then introduces himself at the end with the date of April 15th, 1885.  It’s stunning. The careful annunciation of words combined with his clear Scottish brogue is fascinating to listen to. You can follow along with what he’s saying in the video because Bell’s written transcript of the recording follows along with the audio.  Skip to the end and you’ll hear him introduce himself.

For reference, the earliest surviving audio recording in April of 1860.  It’s not as clear as Bell’s recording but it is remarkable to hear the voice of someone that was born more than 200 years ago.  You can listen and read about this recording here.

Optical technology enables the grooves and cuts made by the mechanisms of Bell’s day to be digitally captured in three-dimension imagery.  From there it’s only a matter of reproducing the effect that dragging a needle across it would produce, but in a noninvasive way.

In the 1860 recording we’re hearing the digital rending of a visual representation of sound vibrations. These are produced by similar means, but inscribed to paper much like the stylus on a lie detector.

How long might a recording of your voice live on?  I have an old cassette from my answering machine back from the 1990s that contains messages from my brother that passed more than 20 years ago. Aside from old videos that’s all that remain. Further, I’m no longer in possession of a device to play those old videos and it hasn’t been that long ago.

There may just be a way that the recording of your voice can be preserved for decades or perhaps hundreds of years.  This, regardless of the devices and technologies in use at the time.

The documentation of sounds of various pitch can be expressed visually as a timeline or a graph.  The horizontal axis of the graph represents time and the vertical axis represents amplitude. A gentleman named Patrick Feaster is featured in this article https://www.dust-digital.com/feaster/  where he’s able to collect visual representations of sound and play them back digitally.   In the video he plays representations of visually inscribed sound going back as far as the 10th century.

An interesting concept of this that’s currently in play is the inscription of sound waves as a tattoo. This video from CBS News explains:

It really may not be long before we’re able to record our voices and produce a medium that will allow playback in 10, 50 or even 200 years from now.  How interesting that might be for our future generations?