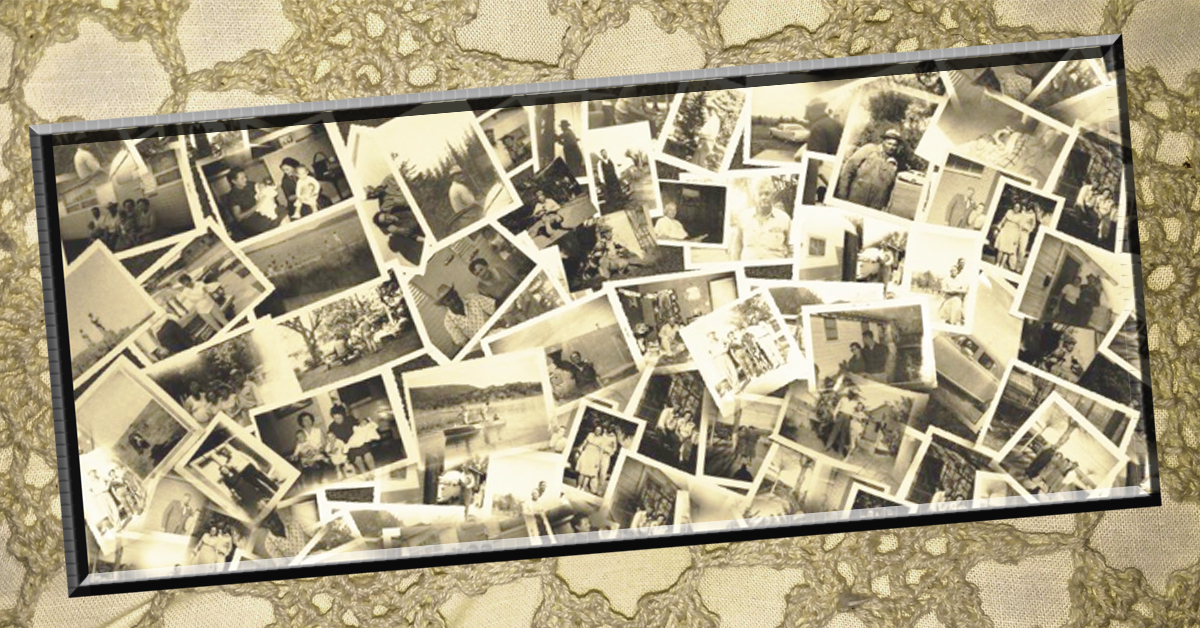 How to get started organizing and documenting old family photos


The first thing I started doing is scan all the photos. I was so worried that something would happen to them. I tried to name all the files with letters that would tell me which family the picture belonged to. Then each file had numbers as well.

Also as I went through them I write on the back of all the pictures who is in the picture and where. I may know them, but down the line my children, grandchildren or other family members may not.

Later I started trying to figure out when and where each picture was taken. Some are organize by certain vacations or trips.  (My daughter and I have been recreating some of the trips and photos). Whether its dates, locations or trips, its up to you to document your family’s history in a way that best suits you!

Set a time aside to work on your photos when you will not be disturbed. I usually spread them out on a large table or even the floor at times so I can look at several at a time. Then I can gather them into a pile for a specific vacation. Why? Because sometimes there will be only one that is wrote on with a name or a date. Then I know they were all about the same time.  This is why trying to multitask while organizing can become a problem. Its just too easy to lose your place.

Don’t walk off and leave the dog loose to go running through them like I did one time. Oh, and she chewed a couple up as well! I couldn’t get mad at her though, it was my fault for going off and leaving my work area.

For most of my family photos, I have printed books. In the least, they will not be lost. I also plan on printing our family trees so I can pass them down. It is important for my children to have as much of this as possible. Hopefully there will always be at least one person in the family that wants to carry on the intriguing love of digging into the family history. 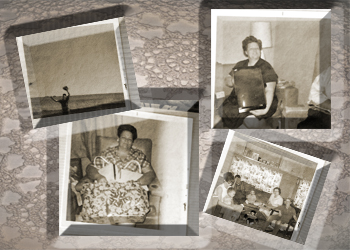 Where will I Put Everything?

Another thing I did was buy a safe that’s fireproof. I wanted a safe place to keep all the records and photos. Actually my mother had done this as well.  After a while it was full and I had to get another one.

I have found that during the sixties or seventies, whenever the Polaroid camera was popular, that my family put all of these photos in books where the page was sticky and it had a fold over film to protect the pictures. I do not know if it is the picture or the book, but all of the pictures are fading away. So, the latest project has been to remove all of those photos and scan them as well and place them in better holders for storage.

For now I needed something easy, so my mother had tons of those plastic cases that the old VHS movies went in.  It was a good size for a number of photos and I could write on the box with a sharpie so I knew what was in each box. I went through and put each year of photos in one of the boxes and dated them. Cool… just like having little books.

In one of the boxes was my mother’s high school senior trip.  With all of those photos together in one place, I could see where she went and tell the story to my grandchildren. In another one was a vacation her whole family went on up in Colorado.

Did you ever notice that is when most of the photos are taken? During trips or events.   I arranged some of the photos this way so I could document the adventures they took.

Seems like the older photos have withstood time a great deal better than those old Polaroid photos! A good deal of my mother’s photos were taken with an old Brownie. Those photos still look awesome. Just like they were taken yesterday. Of course they are all black and white. Maybe that has something to do with it.

After going through forty or fifty of these photo albums, I think I will take a day or two off. But I do feel like I have accomplished a great deal today! I hope your day of family history research went just as well!