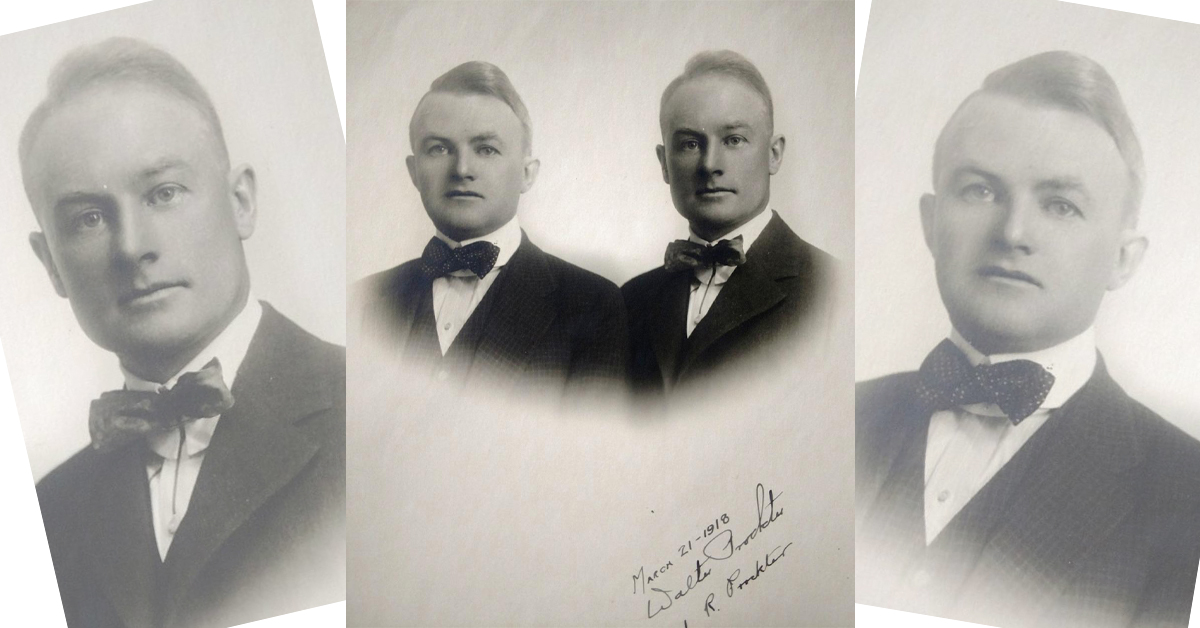 Today I have a photo I’m researching, a large maybe 8×10 photo ( I didn’t measure it, but this is close) of two men. It is dated March 21, 1918. Both men signed their names to the photo under the date.

I started by looking up the Fred R. Prockter because the middle initial can be helpful in finding the correct person. I built a private tree so I could see the hints and suggestions that came in. I was hoping it would be easy to find a father and son or maybe two brothers with these names. It didn’t turn out to be that easy.

I had added the parents and siblings before something popped up that made me rethink the whole thing. So I then had to go back of course and delete some stuff. I made a new tree for each individual and added just the known facts and tried again. If I had not gone through that process I may not have found the correct person. I had already tried several searches and things just were not coming up that could help me.

The information that finally helped was a city directory that had the correct information I was looking for. I made a separate tree for each of them and searched separately with only the one known proven fact to get things to come up.

Finding Personal Surnames When Not Looking

Now here is the crazy part! I found this photo in an antique store years ago… It had names and dates. I also knew one day I would be doing just this and trying to help others. So far I have only gone through about twenty years or so of city directories but have now learned Fred’s wife’s name and what he did for a living.

That is still not the crazy part! The crazy part was in one of the documents that just came up was a marriage date and his wife’s maiden name. That name is one of my surnames for my family tree. I just get so many strange feelings every single time something like this happens. It is like the universe is always trying to tell us something. And the world is not as big as we think it is.

This will now be an ongoing search to find out more about Evelyn Hamilton and a few more of the Hamilton family of mine from the Colorado area.

Now I have found several items and the other person in the photo is his brother I believe. If I have the correct person we have a photo of Fredrick Robert Prockter and his older brother Walter. Fred was born the 20th of November 1886 in London, England. His brother Walter was born in 1880. So that makes them 38 and 34 years of age in this photo. Which looks like a good possibility to me. 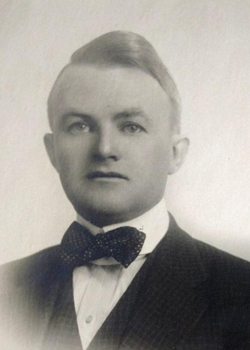 Fred married Evelyn Hamilton on June 14, 1918 in Golden, Colorado according to a US application Oath of Allegiance to the United States that was filed September 16th, 1944.

It looks like Fred came to the United Stated on October 2, 1914 (age 29) on the Cedric. The boys had lost their mother in 1901 while still in England. The thing new here was that he had a daughter listed back at home, but also listed in the records as single.

I found Fred’s WW2 draft registration card and he was 5 foot 7 inches tall, had blue eyes and gray hair. He was age 54 at the time. But the birth year is one year off, according to this document he was born in 1887 instead of 1886. There has to be a mistake somewhere because everything else matches up.

It also looks like Fred and Evelyn spent their entire life in Colorado and had a son that was named Walter Hamilton Prockter that was a medical doctor during WW2 and after.

The only information I can find on Walter is that he had possibly arrived to the United States in 1895 and traveled back and forth several times. These two brothers had another brother and a sister that were still back in England the last time I saw them mentioned.

They had their picture made together on March 21, 1918. The only thing I can think of is that maybe it was because Walter was going to enlist or be drafted and the photo was for memories. Especially with the rest of the family being back in England. 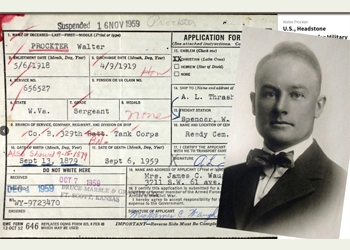 I have a tree built for these two on Ancestry and will be watching to see if anything new comes up to help me find these two handsome men. I really would like to find out more about them. I found it odd to not be able to find much on them in the newspapers, like an obituary or marriage details. So for now I will let them rest and will update this in the future when I find more.